Apologies in advance to anyone not from Europe, not interested in politics or with aspirations of wielding absolute power over all minions of the world. This may not be for you. But, don’t worry, you wont be breaching my human rights if you don’t continue reading (although you may miss out on some truly epic artwork)!

This week the UK PM reshuffled his Cabinet in a clear move to the right as the Conservatives begin the countdown to the next election and make a determined bid to win back UKIP voters.

It’s not all bad – there are some promotions to be applauded, increasing numbers of women in the cabinet can only be a good thing (if we steer clear of the argument about whether they are being promoted because they are women or because they can do the job – the two are not mutually exclusive!). Some demotions are to be applauded, I doubt many are mourning the loss of Gove from the role of Education Secretary, others, however, are a bit more worrying.

I may not have seen eye-to-eye with them on everything but I did have a certain respect for Ken Clarke, Damian Green and Dominic Grieve, all of whom were axed in the reshuffle. These previously senior government staffers were all strong supporters of the European Convention on Human Rights (ECHR) and weren’t afraid to stand up for this, although that fearlessness might just have got them fired.

There have already been speculation that the reshuffle and removal of these rights loving stalwarts is preparing the ground for UK fisticuffs at dawn with the ECHR and the Court that upholds it. But before anti-Court mania kicks in I just want to set out my response to seven common arguments leveled against human rights legislation.

1. Why should we be governed by Europe? 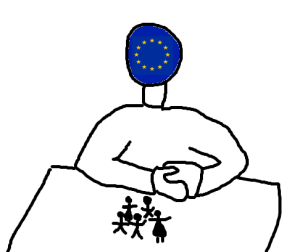 Secondly, the Court doesn’t govern Europe it just gives effect to the ECHR, which incidentally was predominantly drafted by the British, if that matters.

Finally, the Court only has jurisdiction over human rights related issues – it doesn’t determine things like working hours, how fast we drive or when we can retire. The EU has some say over some of these things but that’s a different topic.

2. We don’t need the ECHR, we have the Human Rights Act 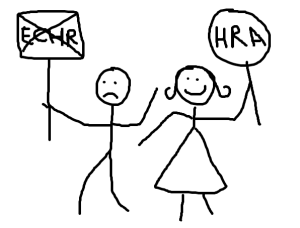 The HRA is the incorporation of the ECHR into domestic law. This has meant that the UK has been able to much more easily consider human rights issues without the delays or expense incurred in sending a case to the Court.

However, it doesn’t replace the ECHR. There are still circumstances where UK individuals can appeal to the Court when it thinks the UK isn’t abiding by the HRA and ECHR. Governments don’t always act in the best interest of the people and its actually quite reassuring to think we have an added layer of protection from potential human rights violations inflicted by the state.

Finally, the HRA has been under attack by the Conservative party for much longer than the ECHR. To assume the HRA will remain unscathed if the UK withdraws from the ECHR is naïve.

3. Human Rights aren’t an issue in the UK so why do we need this?

Actually human rights are still an issue in the UK. For example, estimated numbers of slavery in the UK are higher now than when slavery was legal.

And things like the government wanting to be able to listen to all your phone calls, read your emails and look at all your photos on Facebook is an invasion of privacy, which is another human rights issue that probably affects all of us.

Also, although we might be living in a comparatively free environment now, and I’m not denying that the UK has a better human rights record than a lot of other places, we shouldn’t just take this for granted and assume this will always be the case. Keeping some safeguards in case things go down the pan in the future isn’t a bad idea.

4. The ECHR is abused by petty individuals, terrorists and time wasters so we should get rid of it. Why aren’t my rights protected?

The ECHR isn’t just used by people we don’t like, it just tends to be that tabloids can use these cases more easily to create shock headlines that will sell more papers so we tend to be a bit more aware of these sorts of cases.

Your rights are protected. Its just some of these rights we share with people we might not like very much. The ECHR doesn’t cover things like the right to lead a happy existence with the right that people should bring you chocolate cupcakes every day. It covers things like right to education and right to protection of life.

Being able to file a claim at the Court doesn’t necessarily mean that it will go to Court or that the UK will lose. Cases will only be accepted where applicants can show they have tried to go through the domestic system – giving UK courts a chance to weigh in – and where the case has some merit. So, for example, someone could file a claim about a little girl picking their flowers and breaching their human right to enjoy flowers (actually not a human right) but that kind of thing isn’t going to be considered.

5. People who commit crimes abuse the rights of others so should lose their rights. 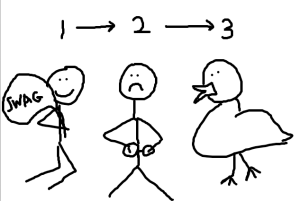 The ECHR applies to all humans and yes this does sometimes include people we don’t necessarily like very much but I think getting into an argument about who is human and qualifies for rights and who doesn’t is dangerous territory best avoided by all people who don’t have a God complex.

6. Yeah, but what about Prisoner voting rights, how can you defend that one, eh?

This is one of the most misrepresented issues of Court madness that I can think of. I watched debates in parliament where MP after MP stood up and led their argument with something like: ‘there’s a murderer/rapist/paedophile/indefensible individual who hurt someone/lives in my constituency – these people shouldn’t be allowed to vote.’ That’s not an unreasonable sentiment for someone to have. However, the judgement from the Court at no point said that the UK must make voting rights available to all prisoners. It just said the UK should review the blanket ban that applies to everyone in prison.

So, no, the UK doesn’t have to give murderers the vote but perhaps it could consider giving someone imprisoned for 6 months for minor drug trafficking the opportunity to have a say in and engage with the running of the society they will be returning to on release. Or if this example is too extreme for you how about the pensioner who was imprisoned for less than a month for refusing to pay his council tax in protest against council cuts in his area. Would giving someone like that the vote really be the end of society as we know it?

Still not convinced? Well how about this argument: whether or not you agree with the Court’s judgement on prisoner voting can you accept that picking and choosing which court judgements the UK decides to abide by sets a bad example to other nations subject to the Court’s jurisdiction? The UK might not like prisoner voting and decides not to listen to the Court. Turkey might look at the UK’s example and think well we don’t like not being able to torture people so we wont listen to judgements about this either. Russia might then look at what the UK and Turkey are doing and think why should we care if the Court says we can’t arbitrarily imprison people? And so on.

7. Well, what about that thing about the cat and the dodgy immigrant being allowed to stay here? 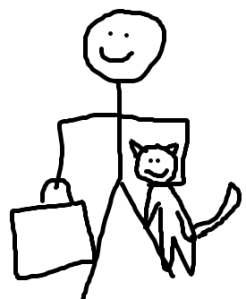 Another human rights misrepresentation. Theresa May might be the Home Secretary with a team of advisors who you would think would know better but when she said ‘and I’m not making this up the immigrant who could stay in the UK because he had a cat’, well, actually, she was making it up.

What happened is that an immigrant who was claiming the right to stay in the UK based on his family life mentioned that he had a cat. The decision that he was allowed to stay here wasn’t decided by the fact he had a cat. The immigrant could also have mentioned that he really liked Dairy Milk chocolate. The decision would have been similarly unaffected by the fact he liked British chocolate.

Do feel free to dispute anything I’ve said above and if you can think of other arguments against the Court throw them at me and I’ll see if I can come up with a suitable response/wonderful piece of art.

But I feel happier in the knowledge that there is an additional safety net that can protect my rights against the interests of the State, should they be under threat.

What the ECHR covers (full text here) is listed below and I can’t find anything there I’d rather not have protected: